The sun shone, the sky was blue and after a fairly moody summer, Westerham was blessed with one day of fabulous weather for its long awaited ‘Country Fayre’ on The Green. 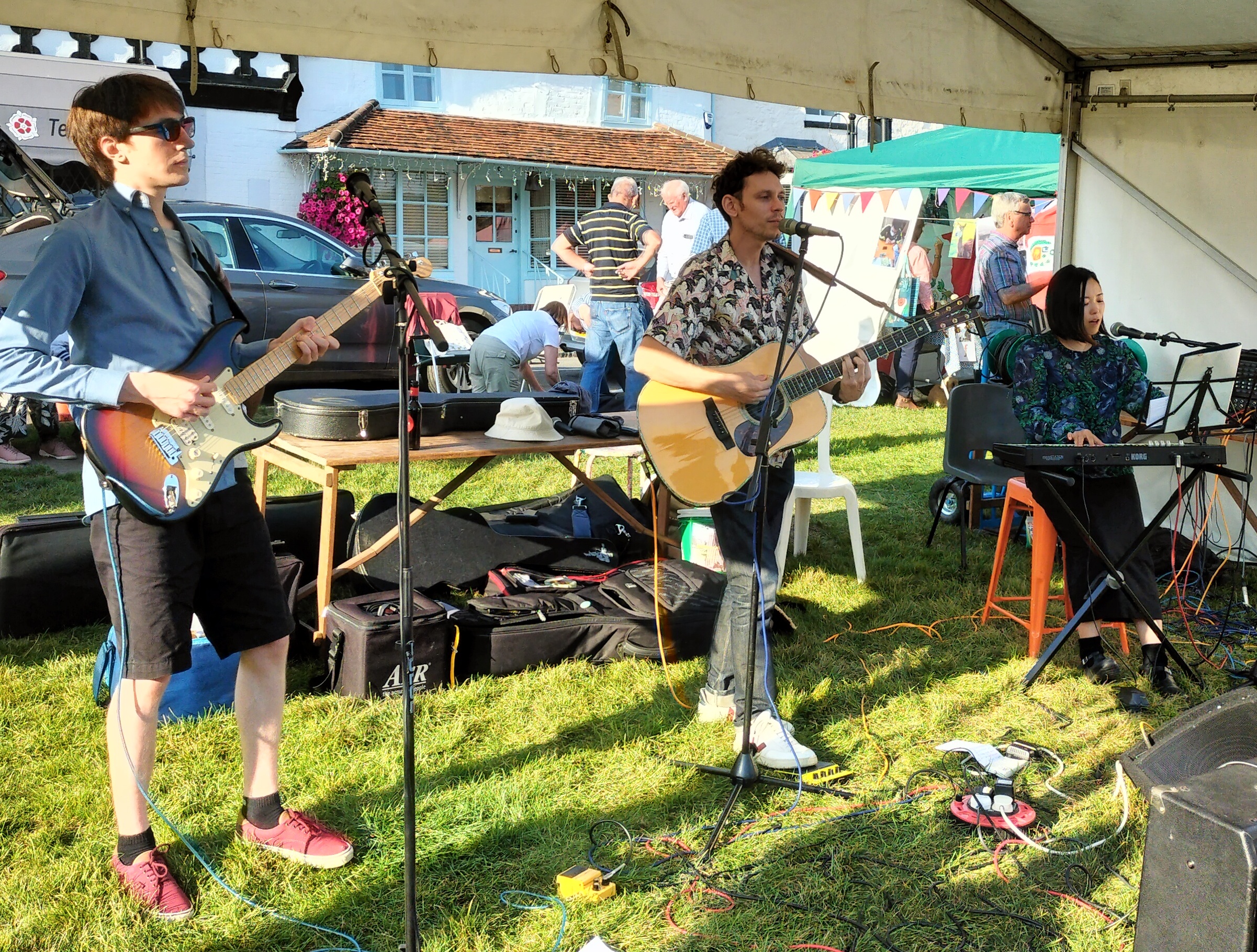 Large crowds attended and were rewarded with continuous live entertainment all day. In the music tent, the very talented covers musician Ian Fox worked his magic in between performances from Knole Academy ‘new young talent’ and guest band The Alpacas, interspersed with Brighton seafront’s Punch and Judy man Glyn Edwards and an enthusiastic performance from a belly dancing troupe. The event was produced by Westerham Town Partnership with sponsorship and support from Westerham Town Council and Westerham Society, and Edenbridge and Westerham Rotarians mucked-in with the rig and de-rig alongside our trusty team – well done guys, you all know who you are and we couldn’t do it without you!

There was an Edwardian fairground with swing boats, chairoplane, test-your-strength and candy floss, a coconut shy run by the Rotarians, and other traditional games including Whip the Cloth, Tin Can Alley, Deck Quoits, Tombola and an Aunt Sally for hilarious photographs. An abundant variety of stalls sold retro clothing, bric-a-brac and gifts while the countryside was celebrated by The National Trust, Kent Wildlife and Forest Schools who ran a popular family trail quiz, the Swift Project  and Westerham Bee Keepers. 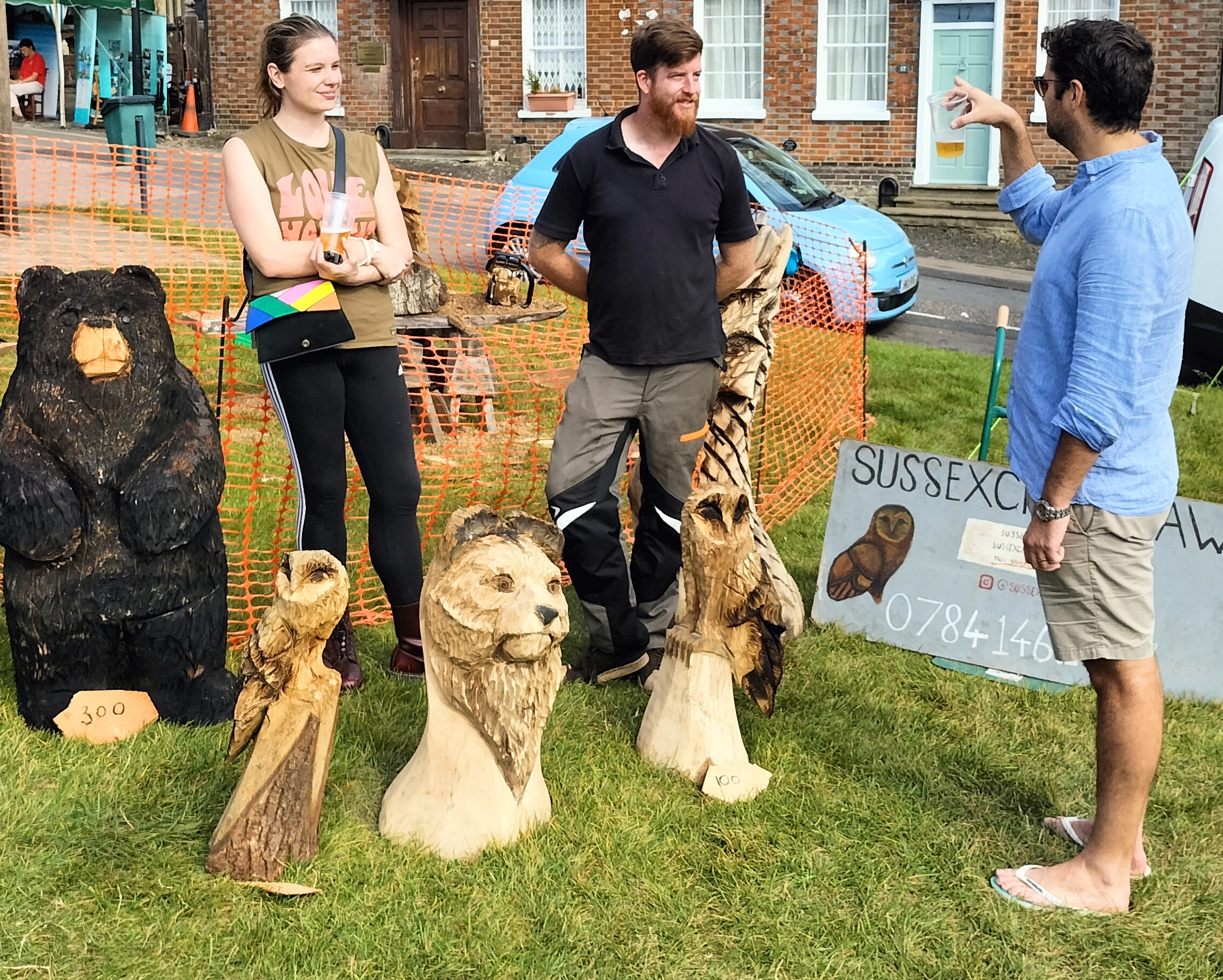 The Sussex chainsaw sculptor Alasdair Craig demonstrated his talent and had brought a large variety of his work for sale as garden and woodland sculptures. 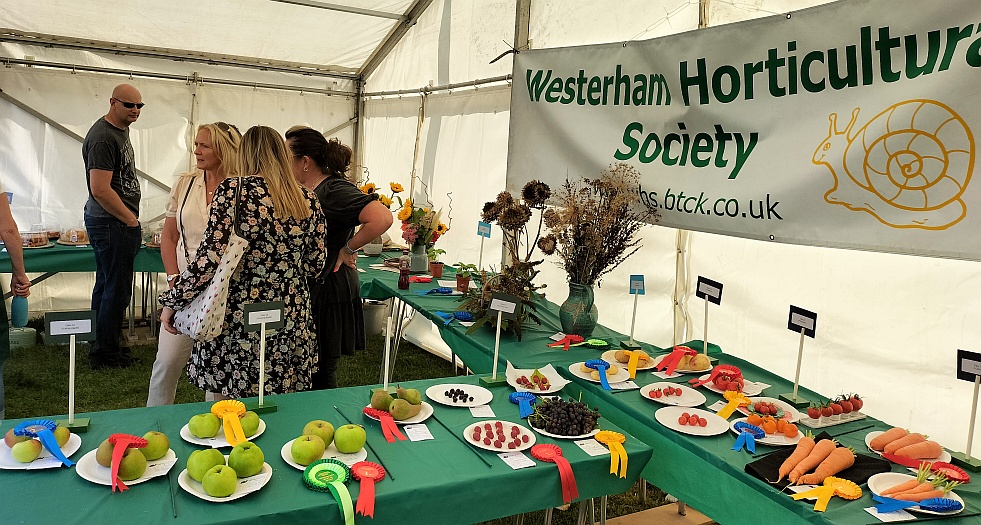 The Horticultural Society presented their Autumn Show in a dedicated marquee, the Sea Cadets ran a busy barbecue while the Scouts sold tea and cakes following a long-standing local tradition! Local event caterers The Courtyard were on-hand with their ever popular food marquee which this year, was cleverly themed to celebrate the centenary of the launch of Agatha Christie’s first novel in 1921.

In all, a very successful and entertaining day was enjoyed by record crowds at an event that really did provide something for everyone.

There are lots more pictures here in our Flickr Album.   If you have any more pictures you’d like to add, please email them to info@visitwesterham.org.uk