Your Westerham – The Future: Transport Study 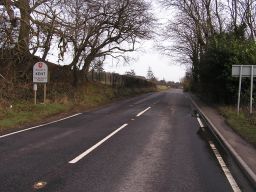 The Transport study group was chaired by Dan Mahoney, assisted by David Le Breton, Malcolm Basing, Alan Barnes and others.

Westerham lies on the east-west A25 and is within a few miles of junctions to the M25 at Godstone and Sevenoaks. There are also North-South routes through the town which carry traffic from Croydon and Bromley to Edenbridge and Crockham Hill.

Public Transport in the town needs to be reviewed as it is less than adequate.

The town’s main problem is traffic. The east-west traffic on the A25 becomes unacceptable when there is a problem on the M25 motorway, typically from accidents on the Clackett’s Lane stretch.

To quote the Village Design Statement:

A hiccup on the motorway equals a thrombosis in the town.

To see the transport questionnaire, look at the Transport Worksheet.