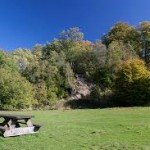 Situated in the Kent Downs Area of outstanding natural beauty, Dryhill is a Site of Special Scientific Interest. The exceptional structure of its rocks and fossils led to it becoming the first ‘geological’ Local Nature Reserve in Kent.Originally a stone quarry, this closed in the 1950s and since then nature has reclaimed the site, creating woodlands that are ideal for picnics. Woodland and high rocky outcrops are all linked with a variety of paths to explore, and there are two open picnic areas in grassland surrounded by trees.The rocks at Dryhill are of great research and educational value as they allow geologists to understand the environmental conditions that existed during the Lower Cretaceous, an important part of our geological history. Exceptional rock formations exposed on the site called Hythe Beds are thought to have been deposited approximately 115 million years ago.Dryhill is part of Regionally Important Geological Sites (RIGS), geological sites that are important for historical, scientific research or educational reasons. The Kent RIGS Group, English Nature and Local Authorities work together to protect and maintain them for these purposes. 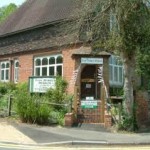 The East Surrey Museum houses a geology and archaeology collection and hosts a permanent exhibition about the development of our area from earliest times. It contains sections on Geology and fossils, Stone Ages, Bronze and Iron Ages, the Romans in East Surrey, an Anglo-Saxon corner, medieval times and modern history. The Stone Age exhibit features an original painting by Eileen Bushby showing Stone Age children helping their parents with the tasks of daily life. 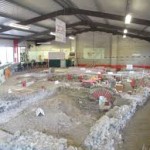 The Crofton Roman Villa house was occupied from about AD 140 to 400 and was the centre of a farming estate of about 500 acres. Nearby would have been farm buildings, surrounded by fields, meadows and woods.

The house was altered several times during its 260 years of occupation and at its largest probably had at least 20 rooms. The remains of ten rooms can be seen today, now within a modern cover building. Two rooms contain the remains of their opus signinum (concrete) floors, and three have evidence of tessellated (tiled) floors. Details of the under-floor central heating (hypocaust) can be seen, which features both channelled and pillared systems.

Among the most outstanding Roman villa survivals in Britain, Lullingstone provides a unique all weather family day out. Set in the attractive surroundings of the Darent Valley in Kent, the villa was begun in about AD 100, and developed to suit the tastes and beliefs of successive wealthy owners, reaching its peak of luxury in the mid-4th century.

Visitors to the villa today can still view the spectacular mosaics and rare wall paintings, a heated bath-suite and a ‘house-church’. A specially commissioned light show brings the villa to life, and galleries display Lullingstone’s fascinating collection of Roman artefacts. Kids will love trying on the Roman costumes and playing traditional board games from the period. 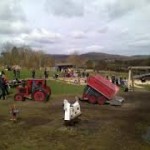 One of the best value days out in the country with lovely animals, wonderful scenery and fantastic play (indoors and out) – all aimed at the under 9’s.  On the Kent Surrey border just off the M25.

Beaver Zoological Gardens & Reptile Rescue Centre a registered charity and we rescue reptiles and all other animals in our care. We are not a Zoo in the accepted sense however we do have to have a zoo license in order to rescue dangerous wild animals and also to allow people to visit. 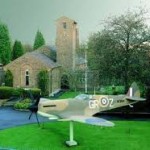 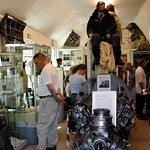 The Museum houses hundreds of aviation relics from the Battle of Britain era, excavated by the group over many years from crashed British and German aircraft, as well as items which have been kindly donated. In addition, there is a fine collection of flying helmets, uniforms and insignia. This, along with a comprehensive display of Home Front memorabilia, ensures a visit to the museum is both enjoyable and educational.