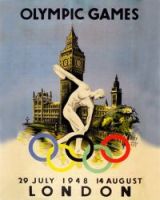 On Friday 20th July, the official Olympic Torch travelled from Maidstone to Guildford, and thence by helicopter to Tower bridge, where it was abseiled to the ground. In the spirit of inclusiveness that marked its passage around the British Isles by air, sea and land, the organisers felt that it had to travel via the (in)famous Clacketts’ Lane on the M25.

The people of Westerham got together to organise their very own celebration. Peter Finch and friends still remembered the Torch being carried through Westerham in 1948 by Arthur Galloway, on its way to the Olympics at Wembley.

The Galloway family still had the torch – maybe his grandson Jack Miles could recreate his grandfather’s run. Our Churchill School was celebrating their end of term with an Olympic Sports Day. And resident Peggy Hughes, recently recovering from a major illness, had been chosen to carry the 2012 torch through Hastings. 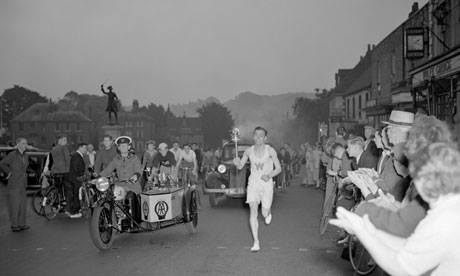 In 1948 Arthur Galloway ran with the torch from Sundridge to Moorhouse. In 2012 The Westerham Town Partnership gathered a committee together and decided to re-enact the events of 1948. The plans grew and grew. They invited the Galloway family to take part, MoorEnergy offered to organise a relay of runners from Sundridge, Judy Duffield, Headteacher of Churchill School, agreed to bring the Kent School’s Torch to the Green, and they invited vintage cars and a Victorian Street Piano to recreate a little of life just after the war.

And what a day it was… 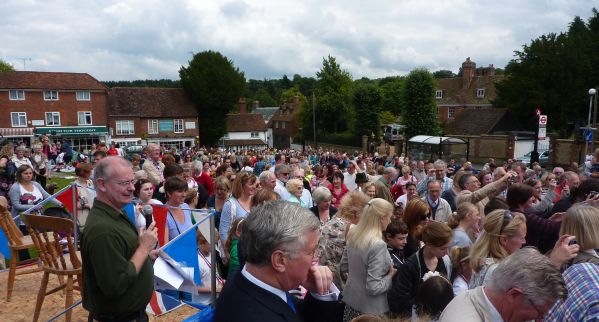 A 1936 Austin Lichfield which had driven from the point where Denise Gilbert had started the run at the White Horse in Brasted arrived on the Green with John Warde, Peter Finch and Bob Ogley to herald the arrival of the other runners. 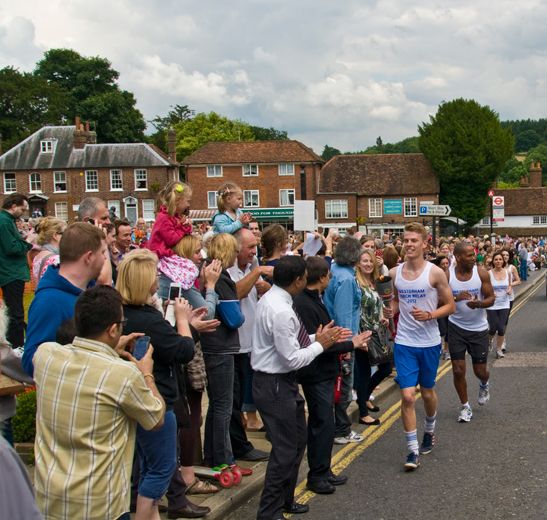 Some twenty minutes later, Jack Miles carried the torch the last leg with Nigel Moore and all of the other runners following up Vicarage Hill, to the rousing cheers.

See the Flickr album from the day’s event here. 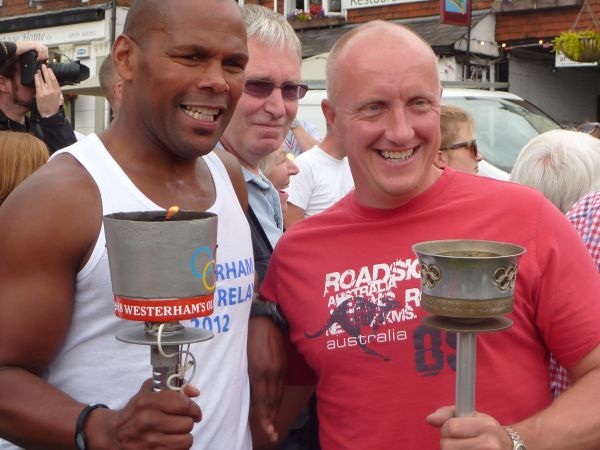 Nigel Moore and Jack Mile’s Dad with the family torch 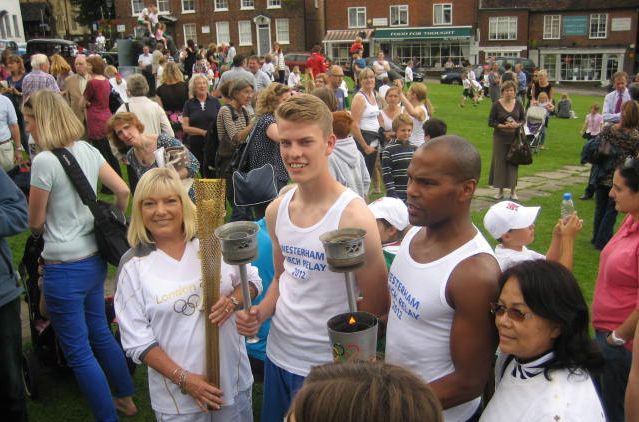 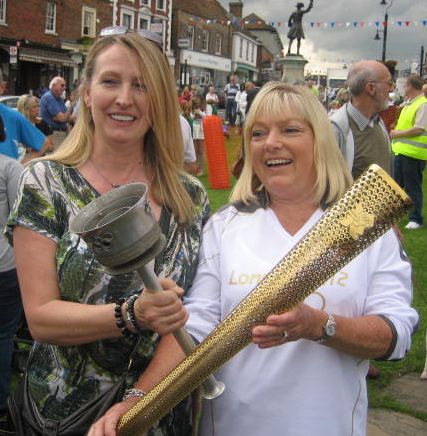 Jack Miles’s mum holds her father’s 1948 torch alongside Peggy Hughes with her own 2012 souvenir torch . 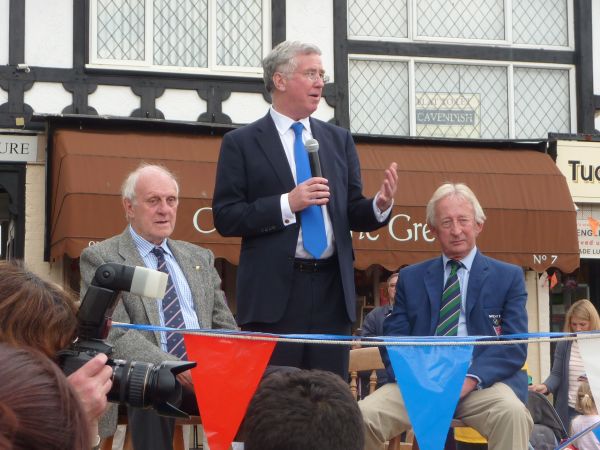 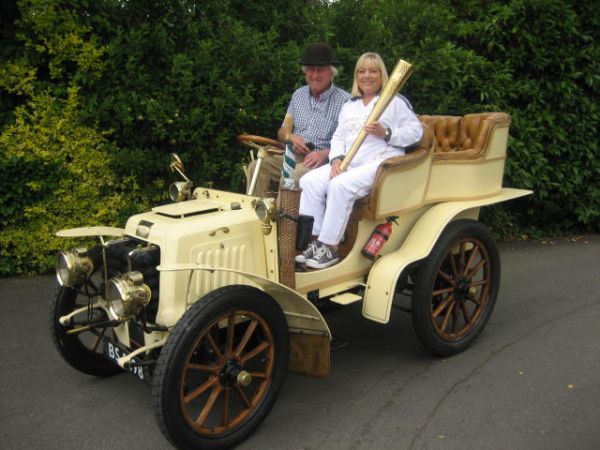 Phil Johnson drives Peggy Hughes up to town in a typical car of the period. 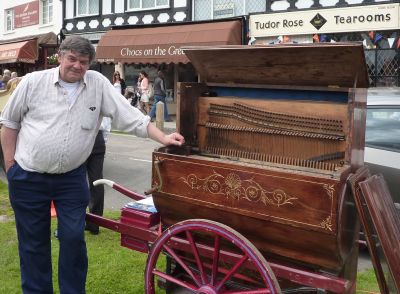