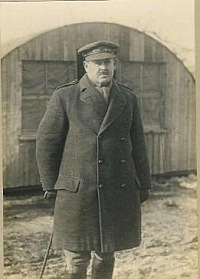 This Canadian engineer and British Army Officer lived on Westerham Hill and designed the ubiquitous semi- circular WWI shelter. Although not pretty or popular, the ‘Nissen hut’ could be erected by six men in four hours. The world got some 100,000 huts: Nissen got £13,000 and the DSO.

Due to its semicircular, corrugated iron shape the Nissen Hut deflected shrapnel and bomb blast, making it a perfect bomb shelter.

To read about the Nissen family visit www.nissens.co.uk with drawings of the original design.

For more pictures and information, visit http://members.shaw.ca, and read about Nissen and his right-hand man, Robert Donger. 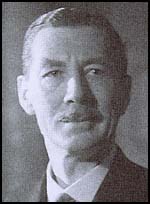 Major Sir Desmond Morton. Morton distinguished himself on several occasions in WWI.He was awarded the Military Cross and Crois de Guerre when his troops stopped some French trenches being over-run (A reserved Englishman, he would joke that he got the award for submitting to the kisses of the grateful French commander!). He was eventually invalided out, when a bullet passed through his lung and lodged next to his spine, where it had to stay.

However, he returned as an Aide de Camp to the famous Commander in Chief, Sir Douglas Haig. Later he became head of the Secret Intelligence Service’s counter-Bolshevism section and, before WWII, provided Churchill with critical intelligence information about German rearmament.

In 1940 he became Churchill’s personal assistant.