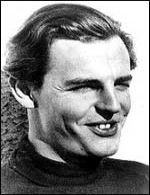 This infamous Cold War spy lived in Tatsfield but apparently would often lunch here at The King’s Arms and use the darkroom above the chemist’s to develop his material. Recruited by the Russians, he and Guy Burgess supplied the USSR with highly classified information on nuclear developments and NATO. They frequented The White Hart in Brasted‚ a pub popular with personnel at Biggin Hill and Fort Halstead (where Britain’s atomic research was carried out). As a result of their betrayal, security was jeopardized and British agents found and shot.

Here is a brief biography setting out Maclean’s spying career.

You can hear an archived BBC interview in which Maclean talks about his book on British foreign policy since Suez. 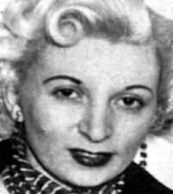 Convicted of killing her boyfriend, Ruth was the last woman to be hanged in Britain. The Kings Arms, Westerham was the address she gave on her marriage certificate. However the loveless marriage was short-lived and she went on to manage an exclusive London club frequented by many influential characters in politics and the military.

She returned to this area and was a regular at The White Hart in Brasted and The Old House at Home pub in Westerham. On several occasions, she would be found in the latter, sobbing into her drink.

Since her quick and controversial trial, appeals have been made to overturn her conviction. A recent investigative book casts doubt on that conviction and asserts possible connections with the Guy Burgess/Donald Maclean spy scandal. The film ‘Dance with a Stranger’ starring Miranda Richardson is based on her story.

Here is a BBC article recollecting the day of her execution.