The Village Design Statement is a description of the Parish of Westerham and Crockham Hill as it is known, observed, valued and loved by the local population in the year 2000, together with guidelines on how any future alteration or development should be managed. It was written by the Westerham Society in response to a request from Kent County Council and Sevenoaks District Council.

The Village Design Statement has been created by people who live and work in the Parish – a task force of some forty volunteers, aided and guided by the comments and views of the local population. The volunteers carried out simultaneous surveys and consultations in both Westerham and Crockham Hill.

This very comprehensive document was written by SDC as supplementary planning guidance. It references the Village Design Statement 2000 and contains many illustrations. 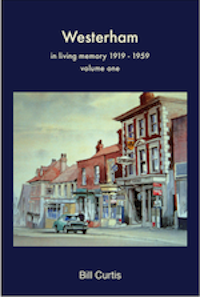 Writing my first book ‘Westerham – a social and commercial history 1865-1915’ had introduced me to some of the great-grandchildren of people I was writing about and made me aware that there were many people still living in the town who had memories spanning back to five years after the Great War ended. I felt it was important that these people’s memories should be recorded to provide a living history of the town’s social and commercial development between the first World War and when the last significant growth of the community happened some forty years later. My grateful thanks to all the contributors without whom this book would not have been achievable, and to all those who loaned me photographs and documents to further the dimension of each chapter. 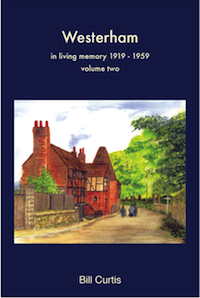 Read accounts about growing up between the wars, family life, market day, school, entertainment, poaching, getting around, working farms, the return of darker days in 1939, land-army girls, soldiers, air-raids, doodlebugs, dads army, war work, the return to peace, dances, bands, youth clubs, the Men’s Club, the British Legion, the Women’s Institute, Theatrical Productions, how the library was achieved, Gala days, Mr Churchill, businesses and shops that have come and gone, losing the railway, notable characters remembered and much, much more… Within the stories told I have attempted to unearth and include some of the quirky, less-known, or less remembered history of the town and its people during the period. If there are mistakes, they will likely be mine, but the memories belong to others… 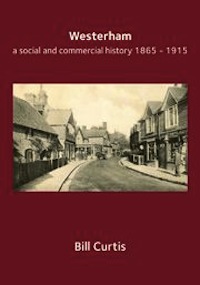 This record tells of the birth of schools and education, the first domestic supply of water and gas, the growth of business, transport and communication, acres of nursery land and orchards giving way to the building of houses, the coming of the railway, the building of sewers and the production and consumption of beer!

Live amongst this community in the 1890s and walk the streets then and now – you’ll be surprised at the evidence that still remains. 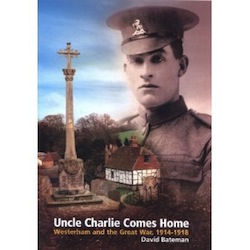 “Uncle Charlie Comes Home” is a monumental research achievement and a highly valuable addition to the Great War literature. It traces the fate of the men of Westerham (in Kent) who saw active service in the war and combines this with accounts of life on the home front. Wherever possible, Bateman has located the war graves of Westerhamers and tells their stories by drawing on personal accounts, war diaries and regimental records. Those listed as ‘missing in action’, whose bodies have never been found, provide perhaps the most poignant aspect of this remarkable social history. While based on stories about people from Westerham, these could be the stories of men from any number of towns across Britain. The book provides a broad history of the war itself and its awful consequences for England’s youth.

New copies are out-of-print but you can still obtain a second hand one via Amazon.