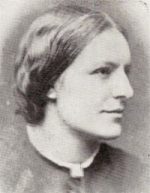 Octavia Hill (1838 – 1912) Co-founder of the National Trust lived at Larkfield in Crockham Hill. She was an ardent conservationist and fervently believed that communities benefit from access to nature and the countryside. A driving force and co-founder of the National Trust, she donated one of their first properties, the sunken well terrace in Toys Hill village. Her sister and co-founder donated Mariners Hill. Octavia is also credited with the concept of the Green Belt, and our local Ide Hill, Mariners Hill and Toys Hill became an early part of that protective circle around London. Today, thanks to the National Trust, some 300 historic properties and 250,000 hectares of land are protected for all us to enjoy. Read more about her here

The daughter of Sir Francis Younghusband, Eileen lived in Westerham and would seem to have been hugely influenced by her father. A woman of strategic thinking and prodigious output, she was passionate about improving society in the UK and abroad.

She contributed to 20th century social services reforms and in particular to the education of care workers. To raise the standard across the country, Eileen pioneered the teaching of a generic course that was to become a prototype for professional social work training in universities. She sat on various national committees and produced influential reports including the Younghusband Report of 1960 on social workers. Her achievements were acknowledged with international university doctorates, an MBE, a CBE and a DBE.

Gladys worked for Younghusband as a parlour maid in London and Westerham. Desperate to become a missionary, she saved from her meagre salary to fund her lone journey to a remote village in China. There she helped set up a mission. At that time the cruel tradition of binding little girls’ feet had just been made illegal, and the district Mandarin needed a lady (with healthy unbound feet) to tour the province and help enforce the law.

On her travels, she came across a woman using a skinny little kidnapped girl as a begging aid and bought the child for nine pence. So ‘Ninepence’ became the first of hundreds of orphans she cared for. 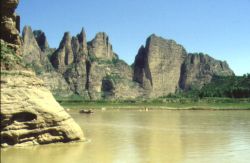 When the Japanese invaded, she was rightly suspected of spying for her adopted land and forced to evacuate her orphanage. Despite ill health, she led 100 children on a dangerous 12-day journey to safety.

Alan Burgess’s book‚ The Small Woman, and the film, The Inn of Sixth Happiness, starring Ingrid Bergman, were both based on her amazing story. 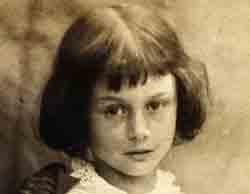 When Charles Dodgson (Lewis Carroll) regaled the Liddell girls with the story of the girl falling down a rabbit hole, Alice begged for a manuscript of her story, which was later published as ‘Alice’s Adventures in Wonderland’. When Alice grew up she was rumoured to have been romantically linked with Queen Victoria’s son and family friend, Leopold. The evidence is slight, but subsequently he did name his daughter Alice, and she named her son Leopold. Later Alice came to live at ‘Breaches’ in Westerham. Local residents remember seeing her Rolls Royce, number plate ‘A1’, parked outside what is now Owl House.

To read more about Alice click here to go to the BBC website. Alice died in Westerham aged 82 and is buried in the family grave at Lyndhurst in the New Forest.

Eleanor lived at The Grange in Westerham. A local philanthropist, she set up a hospital for the WWI wounded. In 1922 she founded Westerham’s Library by making a gift of the land on which it was built. During WWII Eleanor established the local Women’s Voluntary Service. She also founded the first baby clinic in rural Kent.